Ferrari Reveals Its 2020 Formula One Contender: The SF1000

The official car reveals for the 2020 season of Formula One begin today, with Ferrari the first up to bat. After performances by an orchestra, choir and ballet dancers, one too many mentions of pasta, as well as speeches from CEO Louis Camilleri and Team Principal Mattia Binotto, Ferrari revealed this year’s F1 car. Say hello to the team&rsquo ...

Ferrari says its new SF1000 Formula 1 car is an “extreme” design, hinting at a change of concept with its challenger for the 2020 season

Click here to listen to iRacing Downshift Episode 19! On a brand new iRacing Downshift, we celebrate the start of the eNASCAR Coca-Cola iRacing Series season and welcome play-by-play voice Evan Posocco and eNASCAR journalist Justin Melillo for their takes on the 2020 campaign. We also take a look at some of the exciting news in sports car racing, fr ...

TUNE IN // TUESDAY, 9PM ET // twitch.tv/iracing No more waiting—it’s finally time for the eNASCAR Coca-Cola iRacing Series to officially kick off its season tonight at Daytona International Speedway. After a week of test races kicked off by the Clash at Daytona, the 40 drivers and 20 teams in this year’s championship are ready to g ...

It barely seems like three months since we were all in Monaco, watching Mikail Hizal lay waste to the best drivers in the world, but here we are.

The GT Sport World Tour starts once again this coming weekend, and it’s breaking new ground. For 2020, the World Tour is spreading its wings to not only a new country, but a new continent and indeed entirely new hemisphere, as it heads to Australia for the first time.

Sydney’s Luna Park plays host to the live event, with action taking place from Friday February 13 through to Sunday February 15. Players from around the world will assemble on the Australian East Coast to fight out both the Nations Cup and Manufacturer Series in a format we’ve come to expect.

Although Sydney will be the first event of the year, there’s plenty to watch out for — and a dozen events’ worth of history being carried into Australia’s biggest city. Here’s what we’ll be keeping an eye on over the next week. 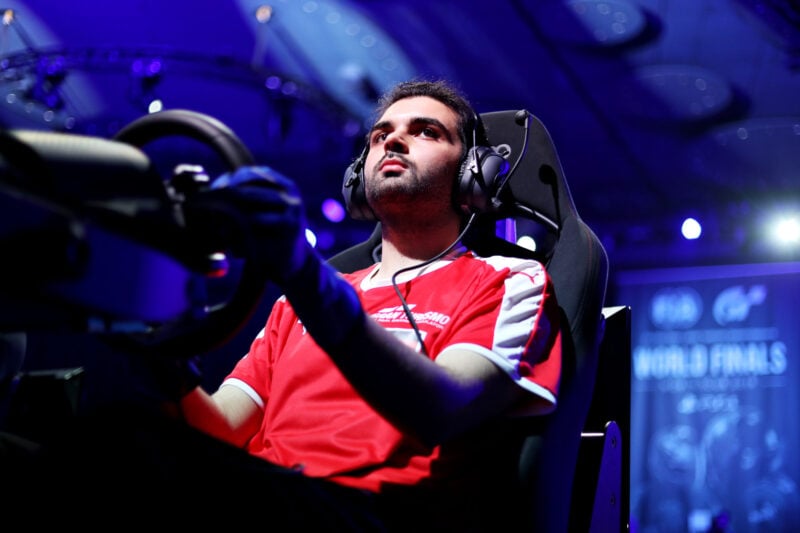 Stepping up to the plate

There’s one huge aspect to Sydney, which we hint at in the title: neither of the previous seasons’ Nations Cup world champions are present. Hizal had always suggested that 2019 was his last chance to grab that unique trophy before having to knuckle down for his final year at college – engineering is no simple degree, especially in Germany where ‘engineer’ is as much an honorific as ‘doctor’ is elsewhere. 2018’s champ Igor Fraga will be busy at Manfield Circuit Chris Amon trying to win the 2020 Toyota Racing Series title.

In fact the only driver competing in Sydney to have previously won a non-exhibition World Tour is Nicolas Rubilar, as back-to-back Tokyo champion Ryota Kokubun is also absent. The Chilean won the curtain-raiser in Paris 11 months ago, and will no doubt fancy his chances again.

Two other previous World Tour winners will be racing too. Giorgio Mangano won the first ever World Tour event at the Nurburgring in May 2018, and the Italian has reached the final of eight of his nine World Tours. Equally capable is Hungary’s Patrik Blaszan who’s been to ten events and won in Salzburg in September 2018. He ended a mid-season slump in 2019 with a third place in the final race in Monaco, good enough for fifth overall.

However there’s two other drivers who will be pre-event favorites. Australia’s Cody Latkovski and Japan’s Takuma Miyazono — second and third respectively in Monaco and pictured above — are the highest ranked drivers yet to win a World Tour event. They also have more-or-less home advantage due to time zones. Drivers from Europe and the Americas will have to deal with jet lag neither the Australian nor Japanese drivers will be as badly affected — though in Latkovski’s case that depends on which continent he’s been in for the previous week. 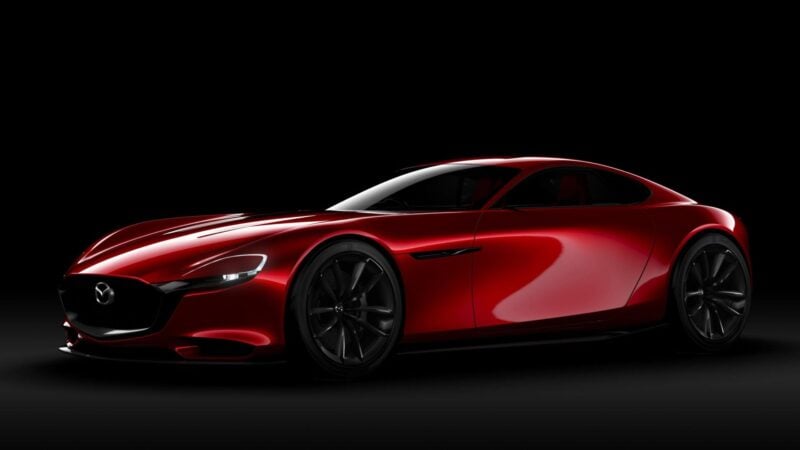 It’s typical for a World Tour to reveal some information about future events, and as the first one of the season Sydney should lay out the calendar for 2020. There’s some time set aside in the schedule on Friday for a presentation by the Polyphony Digital studio boss, but as yet it’s not slated for a live stream. GTPlanet is on the ground however, and we’ll bring you any information revealed during the talk.

As with Paris in 2019, we’d expect dates and venues for almost all of the 2020 season. That may include the final, however that was mostly kept under wraps last year so this may stay quiet until later in the year.

In addition there’s more to come on the Mazda partnership for 2020. It is worth noting that the Mazda brand is not part of the Manufacturer Series races in Sydney though — indeed it’s never been at a competitive World Tour event — so this too may arrive at a later date. 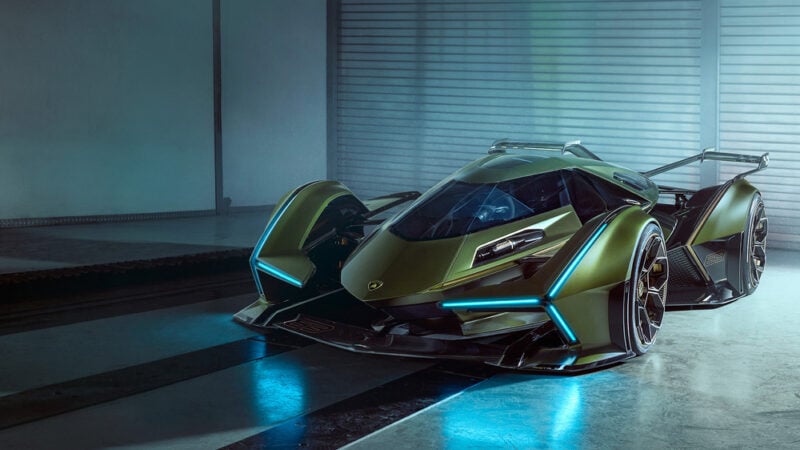 Polyphony Digital has got into the habit of revealing new car and track content, along with new features, at World Tour events, and we’d expect Sydney to be no different. January 2020 passed with no additions to GT Sport — which is not unprecedented, but unusual — so fans are eager to see what might be in the works for February.

The official schedule does reveal a “TBA” gap in the race structure, and that’s usually a solid indicator of either a one-make race in a brand-new car, or an entirely new circuit. We do know of a handful of cars that are yet to arrive — the Mazda RX-Vision GT3 mentioned above, a Porsche Vision GT, the Lamborghini Vision GT, and the SEMA Award-winning Civic — so it could be that one or some of these will appear, or something else entirely.

As for tracks, we’ve heard rumblings of a variety of different circuits in the lead-up to previous events, some of which are yet to be fulfilled. That was the case with Spa-Francorchamps before its surprising reveal in New York. Whether one of these earlier rumors come true or not is something we’ll not likely know until Friday. 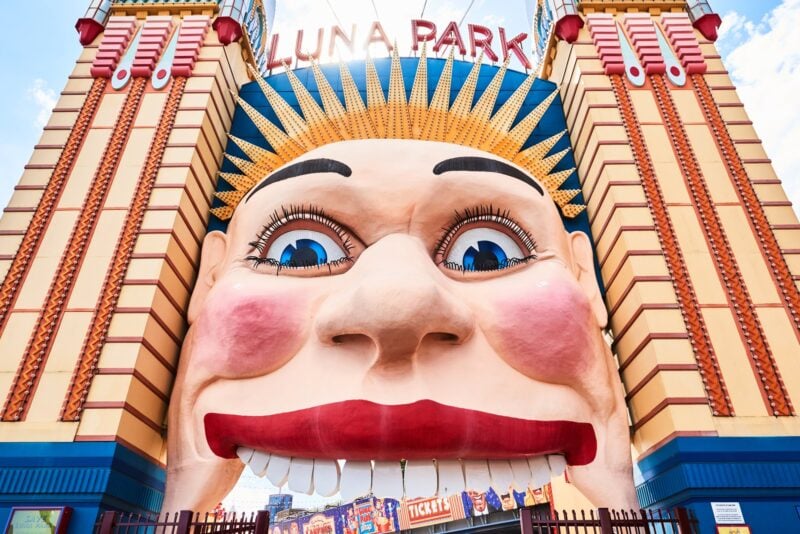 Gran Turismo’s official YouTube channel will live-stream all of the events from the Sydney World Tour. GTPlanet will also be on the ground in Sydney, so stay tuned for more exclusive coverage and behind-the-scenes action on our Facebook page, Twitter feed, and Instagram. For now, here’s the official live stream schedule to plan your viewing:

Formula 1: No fears of Indy ’05 repeat on Zandvoort banking

Ross Brawn says he was worried Zandvoort would not make a great Formula 1 circuit, while dismissing concerns the banking will cause problems like the 2005 United States Grand Prix ...

If you like off-road circuit racing, there’s a surprising title on its way this month from Monster Games, the former developer of the NASCAR Heat series.

Tony Stewart’s Sprint Car Racing, developed in partnership with the three-time NASCAR Cup winner himself, takes you into the world of sprint cars. Sprint cars are small vehicles almost like buggies, with enormous engines producing up to 900hp. Designed to drift around dirt ovals, sprint cars can have a power-to-weight ratio higher than an F1 car.

The game features three classes of sprint cars. The first two — 410ci Winged Sprint Cars and TQ Midgets — hail from the AllStar Circuit of Champions (ASCoC), a racing sanctioning body that Stewart himself has owned since 2015. You’ll also get to race the less powerful 305ci Wingless Sprint Cars. There’s also 24 circuits from across the USA, ranging from tiny rural ovals to grand stadium venues, although all are fictional. 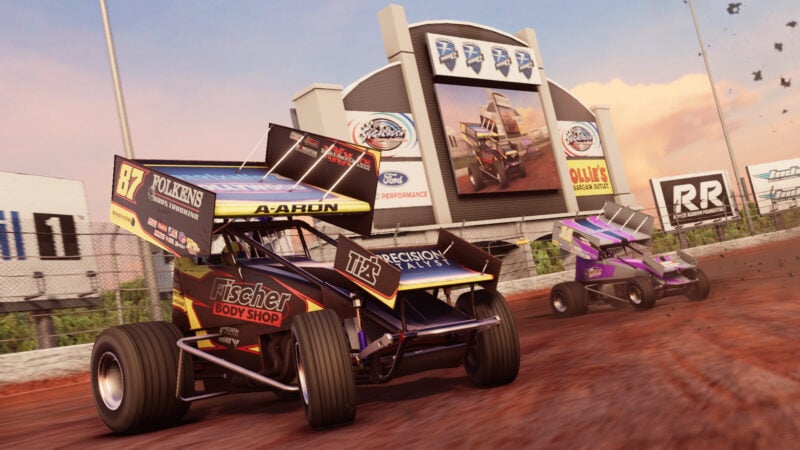 A career mode takes the introductory dirt sections from the last two NASCAR Heat games and completely fleshes it out into a career mode of its own. You start out as a relative unknown in TQ Midgets — buggies that are three quarters the size of a regular sprint car — before you progress through the ranks to the higher tiers of sprint car racing. You can modify and upgrade your car, fine-tune its handling, and sign lucrative contracts with sponsors on your way to ASCoC.

In addition to the game’s career mode, there’s an online mode available too. This can feature up to 25 players, with both custom lobbies and weekly tournaments. You can also stay local, with a two-player split-screen mode.

“I’m really excited to partner with Monster Games on this opportunity. The team has done a great job of capturing the sport, and putting it in the hands of any fan who wants to pick up the game and have a lot of fun playing it. With the quick-hitting action of sprint car racing, the qualifying, the heat races, and all events leading to the A-main, it’s really the perfect experience for a video game and I’m excited to be a part of it.”