Brazil’s 2018 GT Sport World Champion Igor Fraga has won the 2020 Toyota Racing Series title, by taking victory in the deciding New Zealand Grand Prix. Fraga entered the weekend’s races at Manfeild Park second in the table, eight points behind his team-mate and defending champion Liam Lawson. However it was another South American driver, ...

Japanese driver Takuma Miyazono has taken his first World Tour win with a victory in Sydney that could barely be any closer. Miyazono too the checkered flag by a margin of around half a car length from local favorite Cody Latkovski as the pair dragged to the finish line at Dragon Trail Seaside side-by-side. It’s an incredibly popular result fo ...

AlphaTauri’s Pierre Gasly says he will not change his approach to Formula 1 pre-season testing in 2020 despite his two crashes when driving for Red Bull at Barcelona last year ...

It’s the final day of the first GT Sport World Tour of the year in Sydney, and that can only mean one thing: the Nations Cup final.

There’s plenty hanging on this first final of the year, with a qualification spot for the World Final in Monaco again available to the driver who takes their chance. Last year that was Nico Rubilar, who also saw success in the Manufacturer Series yesterday.

In fact Rubilar is one of only two people in Sydney with experience of winning a Nations Cup event at a World Tour. The other is Hungary’s Patrik Blazsan, who won in Salzburg in 2018. Crucially, neither of the two world champions — Igor Fraga in 2018 and Mikail Hizal in 2019 — are present, and that means we may see a brand new player on the top step.

Many eyes will fall on home favorite Cody Latkovski. The Australian finished runner-up last year, but also won two Manufacturer Series titles and became the FIA’s Digital Cup champion in 2019. Another favorite is sure to be Takuma Miyazono, whose unflappable driving style won him many fans on his way to third place last year. 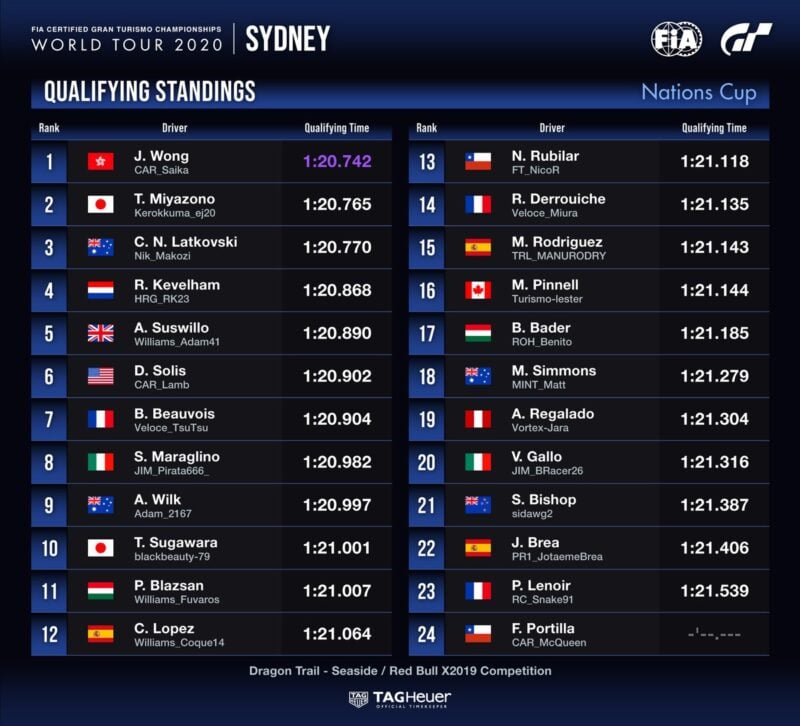 Qualifying though has put another driver at the top: Hong Kong’s Jonathan Wong. He lead Miyazono and Latkovski home in the X2019 at Dragon Trail Seaside by just 0.02s, with Rick Kevelham of the Netherlands in fourth and the UK’s Adam Suswillo fifth. Daniel Solis is the top-ranked Americas driver, in sixth.

The 24 drivers will first have to make it through two semi-finals, with the top six in each qualifying — there’ll be no repechage this time round. As yet, we don’t know what the race format for the second semi-final will be, which suggests something new for GT Sport players is in the works. That will then lead into the final showdown, back in the X2019s at Dragon Trail Seaside.

An interesting twist to this year’s proceedings will see the top three drivers score World Tour points — three for first down to one for third — which they will carry through to the World Final in Monaco to get a head start.

The action gets underway at 0500 UTC (convert to your time here), and you can watch it all below: 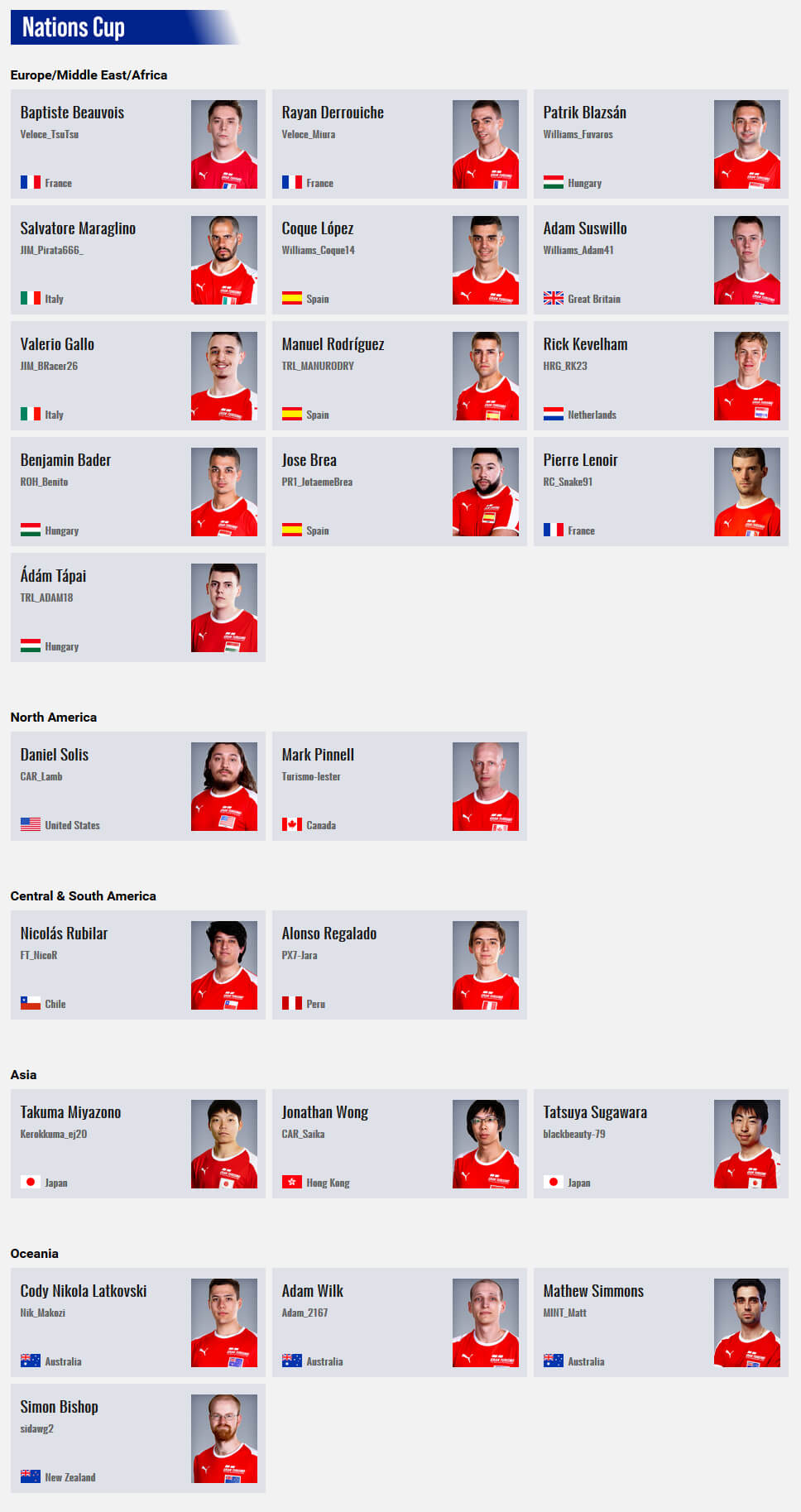 Polyphony Digital has revealed another new car on its way to GT Sport soon, and it’s a vehicle with quite some history.

Aston Martin’s DBR9, a GT1-class race car that first raced in 2005, will be making its debut at the World Tour in Sydney. The DBR9 is based on the DB9 road car, but significantly upgraded for the rigors of endurance racing. However its heart remained as that six-liter, Aston Martin V12, which made it one of the best-sounding cars on the GT1 grid.

The DBR9 was both successful and reliable. Across its racing career of more than 300 race entries, the DBR9 finished more than 80%. When it won its class at Le Mans for the first time — with the #009 car pictured above — all six DBR9s finished the race, and they also secured three of the top four places in LMGT1.

We don’t yet know when the DBR9 will be coming to GT Sport, but there’s already a fair few cars lining up for updates in 2020. That includes a new GT3-class Mazda based on the RX-Vision, the Lamborghini Vision GT, and two further Porsche models.

The reveal came during one of the GT World Tour Hangout videos. In the clip, three of the commentary team — Tom Brooks and Jimmy Broadbent, who also host the event, and German language commentator and GT Academy winner Florian Strauss — discuss a number of details ahead of the Nations Cup final later today. That includes who might stand on the top step, the new World Tour points format and, of course, the Aston.

You can watch the video in full below: