Igor Fraga’s F3 Debut Put on Hold Because of Coronavirus

One of the many things we were looking forward to this year on GTPlanet was Igor Fraga’s debut in the FIA Formula 3 championship.

The GT Sport world champion from 2018 stood to turn out for Charouz Racing System in the F1 feeder series, after winning the Toyota Racing Series earlier this year. However, the universe has had other ideas, and Fraga’s debut is on hold for now. It’s as a result of, you guessed it, coronavirus.

This comes as fallout from yesterday’s decision to cancel the F1 Australian Grand Prix in Melbourne this weekend. After McLaren withdrew from the race due to a confirmed case of the COVID-19 disease in a member of the team, the race’s suspension seemed inevitable. However it took F1 almost eight hours to make the call, even as the crowd was arriving at the circuit for free practice.

The sport has more rapidly decided that neither the Bahrain Grand Prix next week, nor the first Vietnamese Grand Prix after it, can go ahead as planned, and postponed both. Of course the Chinese Grand Prix was already in race purgatory following the coronavirus outbreak in the country over the winter.

Due to the continued global spread of COVID-19 and after ongoing discussions with the FIA, and race organisers a decision has been taken by all parties to postpone the Bahrain Grand Prix and the Vietnam Grand Prix due to take place on March 20-22 and April 3-5 respectively#F1 pic.twitter.com/btpFLckwtO

Both FIA Formula 2 and FIA Formula 3 are support series for F1, and so meet the same fate. The first race in both series was due to take place in Bahrain next weekend, but that’s not going to be possible now.

“Unfortunately the event was postponed and will have to wait longer to make debut on the category I believe it’s the right decision with the worldwide situation we are now at the moment… Hoping everyone stay safe.”

F1 is reassessing the entire 2020 calendar at present. The F3 series is scheduled for its second round at the new Dutch Grand Prix in Zandvoort on May 2/3, but the coronavirus crisis is only deepening in Europe at the moment and this may also end up postponed.

We’ll bring you more information when it is available.

The post Igor Fraga’s F3 Debut Put on Hold Because of Coronavirus appeared first on GTPlanet.

Podcast: What happened behind the scenes at the cancelled Australian GP?

Formula 1 CEO Chase Carey has rebuffed Lewis Hamilton’s quip that the championship travelling to the now-cancelled Australian Grand Prix during the developing coronavirus crisis was because “cash is king” ...

Bahrain and Vietnam F1 GPs postponed due to coronavirus outbreak

The Bahrain and Vietnam Grands Prix have been postponed as a result of the coronavirus outbreak, Formula 1 announced on Friday

Ubisoft’s multi-discipline, open-world racer The Crew 2 is heading to a new platform this month: Google Stadia.

The game has been with us on Xbox, PlayStation, and PC for almost two years. In fact it was the second-best selling driving title on PC in 2018, coming in behind Euro Truck Simulator 2. It’s now making the transition to Stadia, Google’s game streaming platform, joining GRID and Farming Simulator 19 in Stadia’s driving portfolio.

The action takes place across a fictional representation of the lower 48 States of the USA, and there’s no bad guy killed my brother, or bent cops shaking down street racers storyline; you’re doing it all for the social media followers. 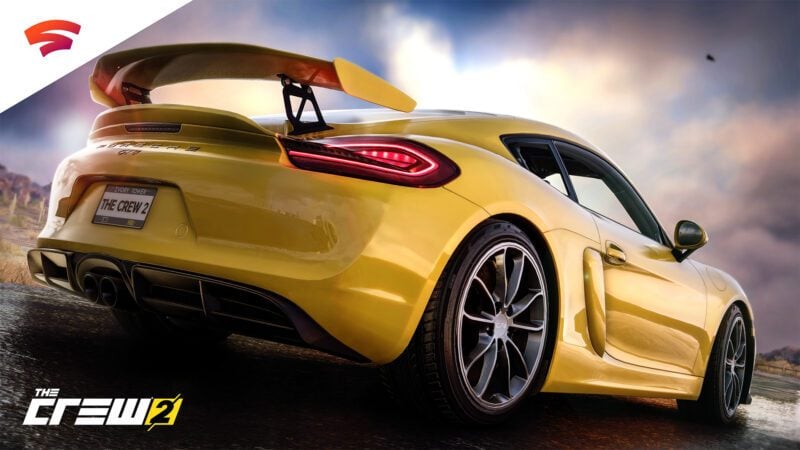 To get the game onto the Stadia platform, developer Ivory Tower has reworked the whole user interface. Stadia streams gameplay to any device, which means that the game must work on the big screen you’d hook your console to, but also mobile phones. The smaller display requires a re-think on even minutiae like text fonts. As Stadia also allows for users to switch between screens, the game’s interface must also adapt to each new device.

Since The Crew 2 launched in 2018, we’ve seen a number of DLC add-ons. That includes the free Gator Rush pack, along with themed updates like Blazing Shots, and the usual Season Pass content. There’s no mention yet whether the Stadia version of the game will include any of the post-launch add-ons.

You’ll be able to play The Crew 2 on Stadia from March 25, but in the meantime you can enjoy the official trailer below:

The post The Crew 2 Arrives on Google Stadia March 25 appeared first on GTPlanet.

The Australian Grand Prix Corporation will ‘work with fans’ on providing refunds to eligible Albert Park ticket holders after the cancellation of the Formula 1 season opener ...

The 2020 F1 season might not start till Baku in June

Formula 1 could be looking at starting the 2020 season at Baku in June, Autosport has learned, amid growing indications that coronavirus will disrupt events for months

A further 14 McLaren Formula 1 employees have entered a two-week quarantine after coming into close contact with the individual who tested positive for coronavirus at the Australian Grand Prix ...