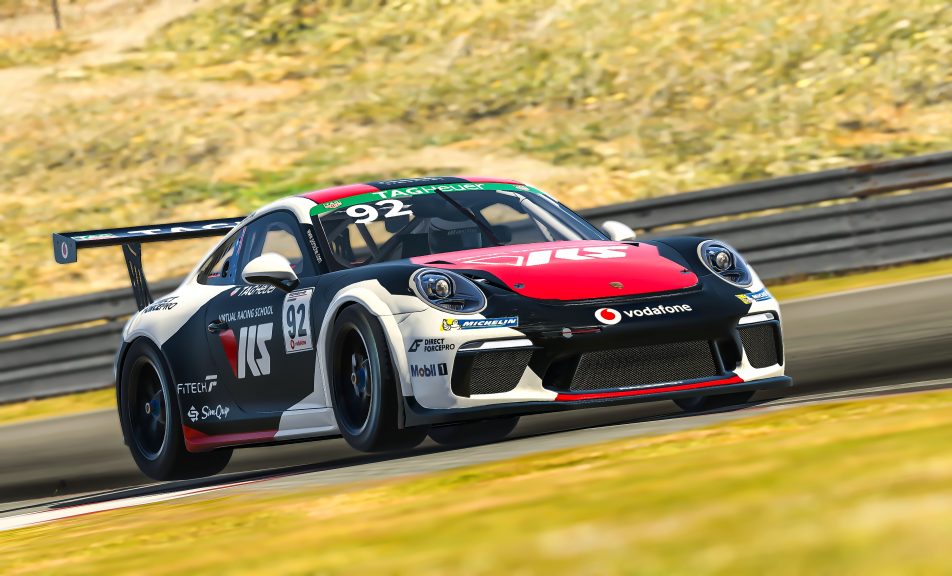 Stuttgart. The Porsche TAG Heuer Esports Supercup prepares for the next season highlight this coming Saturday: At the fifth of ten rounds of the global esports championship run on the iRacing simulation platform on 4 July, around 40 drivers will fight for fractions of seconds and championship points on the Nordschleife of the Nürburgring. The almost 25-kilometre combination of the “Green Hell” and the 24-hour variant of the Grand Prix circuit is the longest racetrack on the current calendar of the virtual one-make race series.

At the previous round in Le Mans, British sim racer Kevin Ellis Jr. from the Apex Racing squad was first across the line in the sprint race. The 30-minute main race went to the German Redline driver Maximilian Benecke at the wheel of his digital reproduction of the latest Porsche 911 GT3 Cup. The results, however, do not count towards the championship. The reason: Due to a technical error, the 15-minute sprint race was one lap too long. As a result, some competitors ran out of fuel or had to make a pitstop to refuel. Since the outcome of the sprint race determines the grid line-up for the main race, the simulation platform revoked all results. The prize money, however, will be paid out. A rerun of the Porsche TAG Heuer Esports Supercup Le Mans event will be held on 26 September.

At the Nürburgring, sim racers will contest the sprint race over two laps, followed by the main race over four laps. The event also includes a free practice, a qualifying session and a warm-up. Fans can watch the event live on the Porsche YouTube channel (https://youtu.be/itnr3a5_TJw) and Twitch (www.twitch.tv/porsche). Further information on the Porsche TAG Heuer Esports Supercup can be found on the Porsche Motorsport Hub, Porsche Newsroom and the Twitter account @PorscheRaces.

Beitske Visser produced a record-breaking performance at Autódromo José Carlos Pace, Interlagos, Brazil, to extend her lead at the top of the W Series Esports League. The Dutch driver won the first and third races from pole position, came from last on the grid to second in the reverse-grid race, and set the fastest lap in all three rac ... 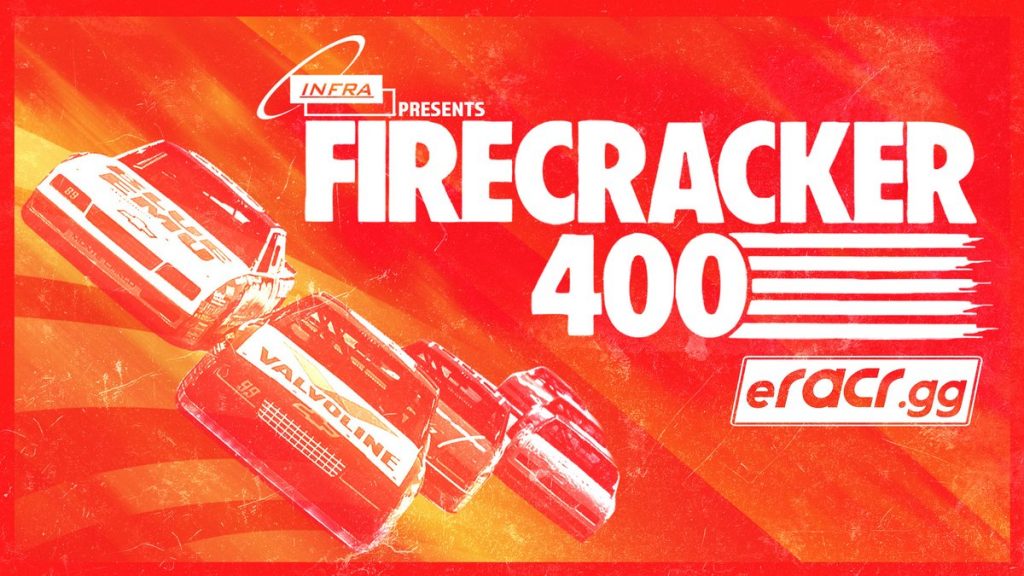 Brandon Kettelle survived the madness of 160 laps at Daytona International Speedway in the finest machinery the 1987 NASCAR Cup Series had to offer, winning the inaugural eRacr Firecracker 400 presented by INFRA Resolutions in a one-lap dash to the finish. After multiple wrecks with five laps to go set up the chase to the finish, Kettelle avoided additional carnage to grab the checkered flag ahead of fellow eNASCAR Coca-Cola iRacing Series drivers John Gorlinsky and Bob Bryant.

Wednesday night’s event was the culmination of a three-week buildup to one of the biggest independently promoted events in iRacing history. 344 drivers of all license classes and professional backgrounds lined up for eight qualifying races, where real-world racing legends like Kyle Busch, Denny Hamlin, Ed Carpenter, Bobby Labonte, and Ron Capps were all left on the outside looking in. From there, the top 88 contested two days of single-car qualifying to set lineups for both the Firecracker 400 and Monday’s Firecracker 200. The field was so tight that NASCAR Hall of Famer and two-time Daytona 500 winner Dale Earnhardt Jr. only made the 400-miler when Josh Parker withdrew from the event due to a scheduling conflict.

Big wrecks were the name of the game throughout the first portion of Wednesday’s race, as even the best of the best struggled with consistent speeds of over 210 miles per hour and low grip. Four cautions in the first 34 laps of the race pared down the field, with eNASCAR drivers Kollin Keister, Malik Ray, and Nathan Lyon—as well as Earnhardt Jr.—finding their nights cut short early. Even NASCAR Cup Series star William Byron, who led the most laps with 35, found himself out of winning contention as the field continue to pare down.

The late-race surge of incidents first threw a wrench in the strategy of drivers looking to save fuel during the longest green flag of the race, and then set up a final-lap chase for the $2,000 winner’s prize. Colton Salek and Joshua Chin were first and second coming to the green and white, but neither finished in the top 10 thanks to contact between them; after contact between all of the remaining front runners, Kettelle was able to regain his momentum the quickest to get across the finish line.

Monday’s Firecracker 200 was similarly dramatic, with a number of additional wrecks and more last-lap carnage shuffling the field. In the end, it was Jake Poulin, carrying the colors of iRacing predecessor Papyrus, who eked out the photo finish victory over Justin Botelho. Despite starting fourth, the only lap Poulin led in the race was the most important one.

Full results from Wednesday’s eRacr Firecracker 400 presented by INFRA Resolutions were as follows:

Full results from Monday’s eRacr Firecracker 200 presented by INFRA Resolutions were as follows:

He may have been denied an opportunity to go back-to-back in season openers, but Hayden Cardwell still means business in the 2020 iRacing World of Outlaws Morton Buildings Late Model World Championship. After Drew Hopkins snuck past to score last week’s season-opening victory at Volusia Speedway Park, Cardwell trounced the field in the series& ...

Two weeks ago, 344 drivers took to Daytona International Speedway in Bill Elliott and Dale Earnhardt’s 1987 NASCAR Cup Series cars with hopes of qualifying for the inaugural Firecracker 400 presented by INFRA Resolutions. This week, the top 86 of them finally get to face off. Wednesday’s premier race, as well as Monday’s Firecracke ...

The second half of the eNASCAR Coca-Cola iRacing Series sees the 40 best iRacers in the world continue their chase for just eight spots in the series’ four-race playoff to conclude the 2020 season. To kick off the eight-race journey to determine who’s in and who’s out, they’ll visit one of the most iconic racetracks in the h ...

If you thought the iRacing World of Outlaws Morton Buildings Late Model World Championship season opener from Volusia Speedway Park was intense, just wait until you see what the series has in store this time out. Lernerville Speedway is the setting for Monday night’s action, the second of 10 rounds in what should prove to be an intense 2020 ch ...

Broadcast: https://www.youtube.com/watch?v=VkyvHjCv8TA&feature=emb_title Connor Harrington had a third place race car. That didn’t keep him from victory lane. Harrington won the Minus 273 Grand Prix of Indianapolis with a thrilling pass of a damaged Sage Karam as the pair streaked towards the checkered flag on the final lap. It was the first ...

Hayden Cardwell had his sights set on a second consecutive iRacing World of Outlaws Morton Buildings Late Model World Championship win in the season opener at Volusia Speedway Park. Drew Hopkins had other plans. Hopkins made his series debut one to remember, taking the checkered flag in the 50-lap feature after outdueling Cardwell and polesitter Jam ...